Although we have had the opportunity to work with many different breeds, and mixtures of breeds, we share our lives with Labrador retrievers.  As a child, Alycia wished for a pet dog, and when she was 5 years old, her parents brought home their first puppy, a yellow Labrador retriever.  We love the versatility, devotion, intelligence, personality, athletic ability and good looks of this breed, and believe that our family would not be complete without them. 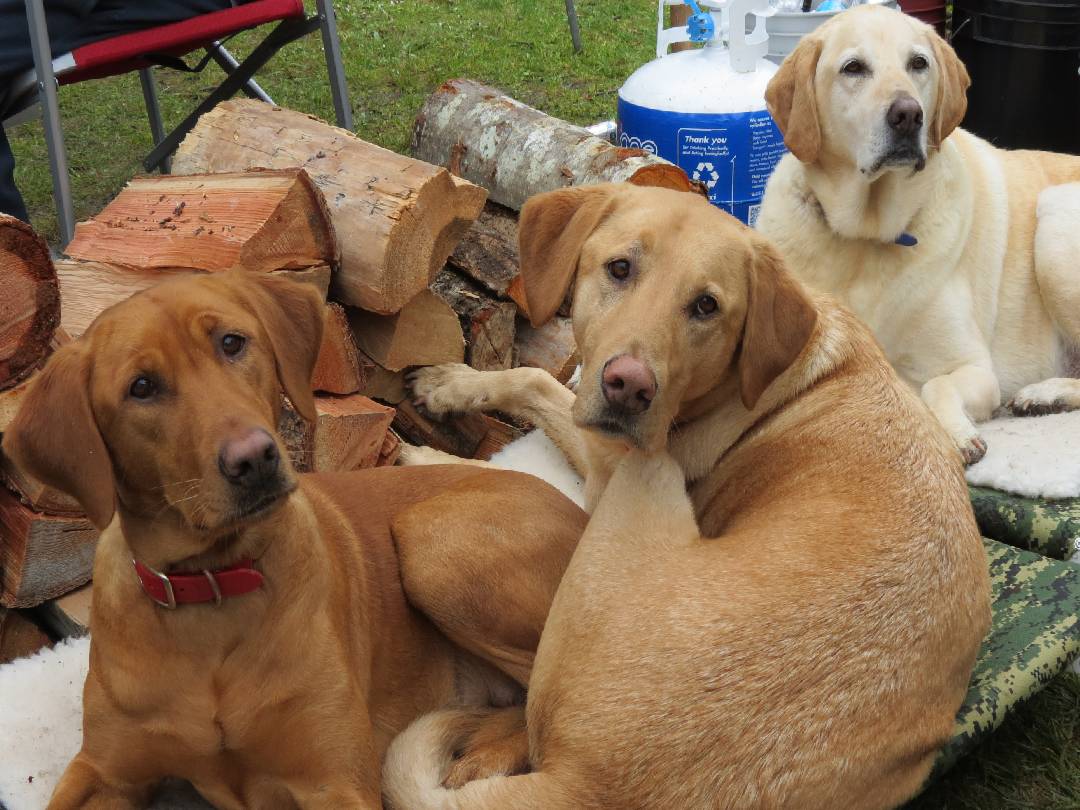 Coulee is a 6-year-old Labrador retriever also from Torg’s Labradors in Minnesota.  He is currently in training for numerous sports including competition obedience, hunt work, scent detection, and agility!  He has earned numerous titles in scent detection, tricks, and in dock diving and he’s just getting started!  He was awarded the Teak Award for Most Versatile Labrador through the BC Labrador Retriever Club for 2019 and 2021.

He is a very athletic and enthusiastic dog when training but is extremely quiet in the house or when not working.  He’s very smart and has a lot of desire to please.  He is also very social and gentle and gets along with everyone he meets be it children, other dogs, livestock, etc. 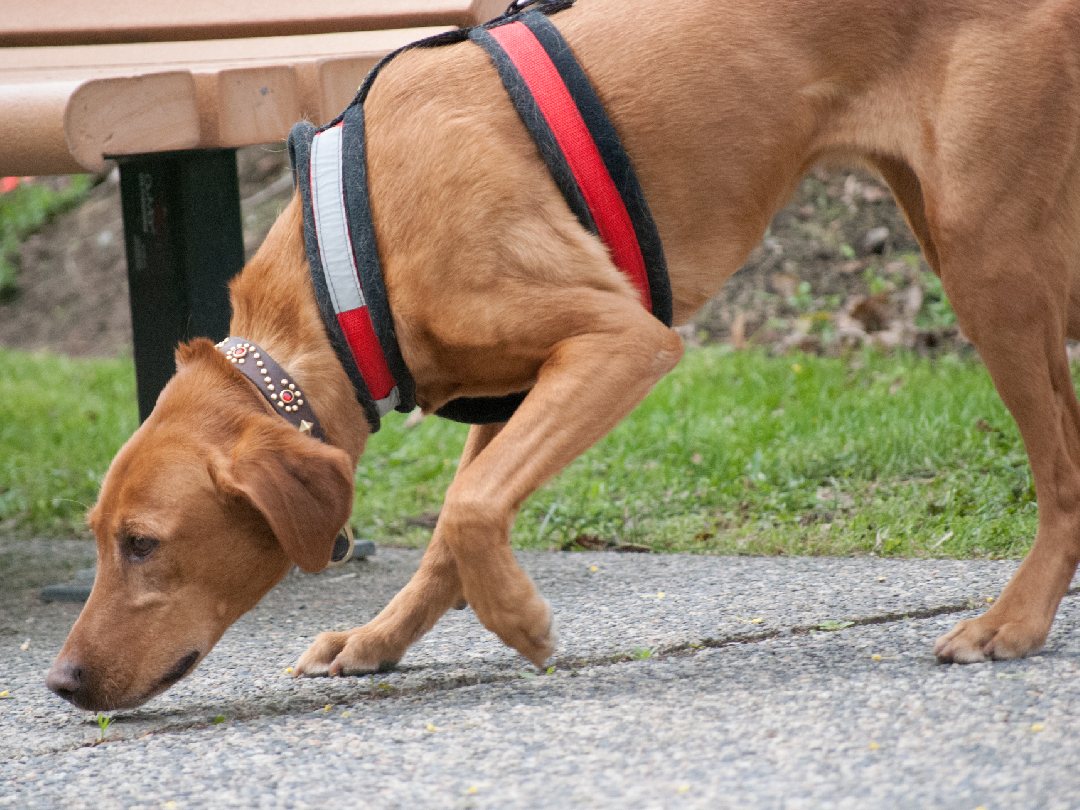 Mesa is a 13-year-old yellow (fox red) Labrador retriever.  She has a very strong working pedigree and came to us from a retrieving kennel in Minnesota, USA.  Mesa is an energetic dog who would happily train and retrieve all day if possible.  Despite her abundance of energy, she is a very focused dog with an incredible will to please.  When she is not at work, she is a quiet, cuddly house dog.

Mesa is retired from most sports but is now back to training after extensive time off due to injury.  Currently, she is training towards higher levels of rally obedience, scent detection, tricks . She has earned her Canine Good Neighbor () title, Junior Hunter (JH) title, Companion Dog (CD) title in obedience, Rally Excellent (RE) title in CKC Rally Obedience and is herding instinct certified (HIC).  In 2012 she was also awarded her Lifetime Versatility Excellent Award through the BC Labrador Retriever Club and also the Teak Award for “Most Versatile Labrador Retriever”.  In 2013 she was the top Labrador retriever in BC in rally obedience!

Gone, but not forgotten

Missed everyday, but I have so many lovely memories of these dogs who helped me start my journey in dog sports and also paved the way for me to learn about being in a partnership with a dog and treating them with kindness and respect in the training process, and most importantly, that errors are nearly always my fault.

Sadly, we lost Dune suddenly and unexpectedly to cancer – He is lovingly remembered and we are so proud and fortunate to have had him in our lives.

He was my first registered purebred dog, which opened many competitive avenues for me.  Over the years we had played and competed in many canine sports, some of which are traditionally intended for specific breeds other than Labradors, such as herding and carting.  He earned numerous titles in obedience, draft rally obedience, tracking, and field, achieved his “Versatility” and “Versatility Excellent” awards through the Labrador Retriever Club of BC and was also awarded the “Teak Award” for most versatile dog in 2008 and 2010.  In May 2012 he earned his “Draft Dog Excellent” title – the first Labrador Retriever in Canada to have earned a DDX.  He was a truly adaptable dog and I am thankful for all he taught me.

In addition to the sports where he has earned titles, he also trained in: detection work, dock diving, therapy, sledding, dry-land mushing, agility, and wildlife hazing. 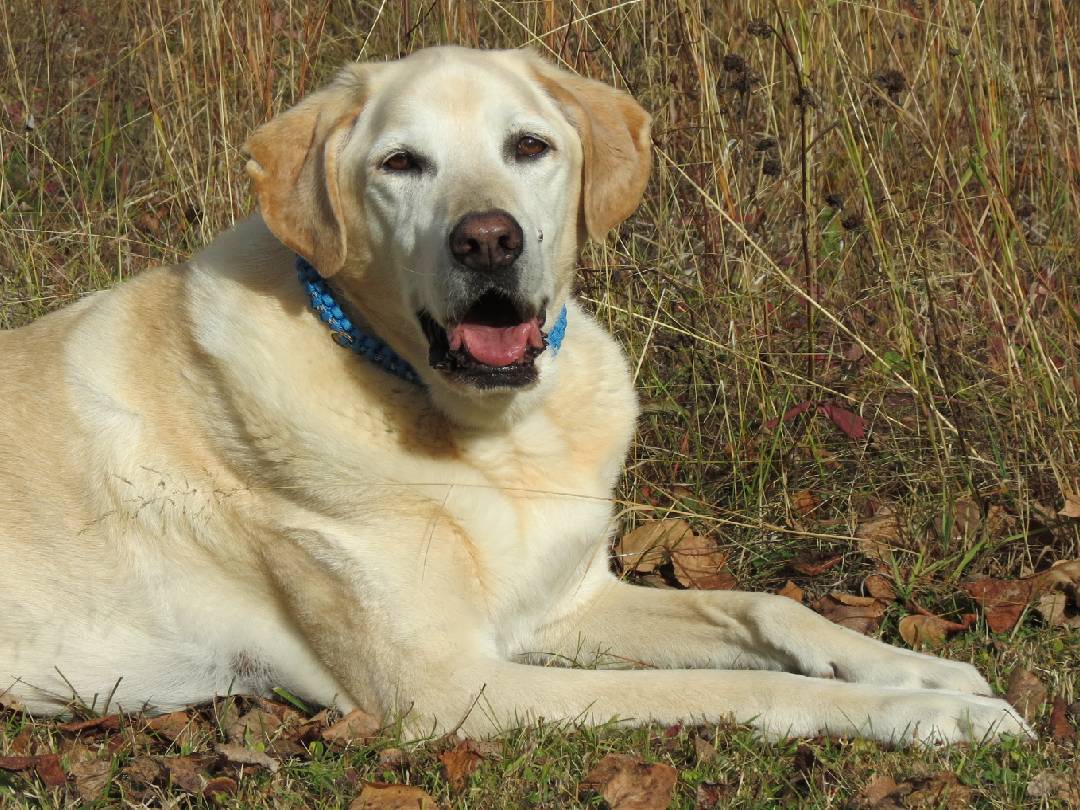 Maverick was a big, goofy Labrador Retriever who loved everybody.  He is the first dog that I trained for competitive sports, the first of which was fly-ball. He was very smart and within 5 weeks of his first lesson, he was competing in tournaments.

He had a bit of a reputation on the fly-ball circuit of being a clown; jumping and barking while waiting his turn and a heavy hitter on the box.  We also competed in rally obedience together and took agility lessons. He retired when I moved away from home and lived a spoiled and relaxed life on acreage with my parents.